"He is an artist, a master of his craft. He follows a thread of an idea or a small personal moment, and creates music that's thoughtful, sometimes whimsical, but always beautiful. His concerts touch hearts, bringing joy and comfort to our audiences, who are always eager for more."
Todd DeGarmo, Founding Director, The Folklife Center at Crandall Public Library, Glens Falls, NY 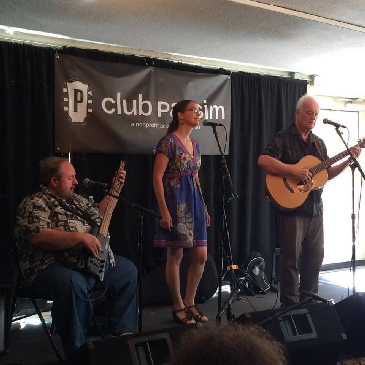 "You can hear the excitement of new beginnings in the music Bob Warren is creating with Joy MacKenzie. His intimate and poignant lyrics are perfectly suited to the spare orchestration of a folk duo. Their voices blend intuitively and tenderly in rich harmony that makes the songs dig deep, and then soar."
Sarah Craig, Booking and Management, Caffé Lena

"Bob Warren & Joy MacKenzie's recent performance at WAMC's The Linda, broadcast live, blew the socks off those who were there, let alone the thousands in the radio listening audience."
Andrzej Pilarczyk- Nippertown 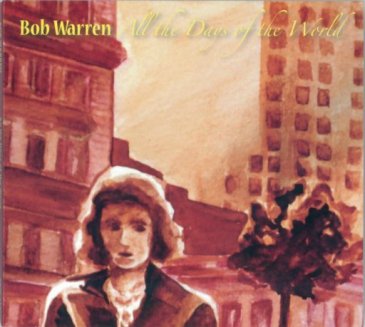 Full Review: All the Days of the World

"Greenwich-based tunesmith Bob Warren is certainly one of the North Country's most prolific singer-songwriters, and his new 10-song album stands with the very best of his work.

"The follow-up to last year's You Taught Me Something New Today (a duet album with Joy MacKenzie), All the Days of the World opens up with "It's for You," a poignant, straight-up song of unconditional love, followed by "A Boy, a Glove, a Ball and Bat," a wistfully nostalgic ballad that isn't really about baseball at all, but rather the power of memory.

"Throughout the disc, Warren mixes pitch-perfect word-play, keen observations, evocative insights and the influences of such A-list songsmiths as Randy Newman and Lyle Lovett, particularly on the bluesy swing of "Contact Low" and "Writer's Block," a jaunty, upbeat finger-pickin' ode to the curse of writers everywhere that name-checks Shakespeare, Harper Lee and J.D. Salinger along the way.

"But the highlight of All the Days of the World is the haunting soul ballad, "There's No Turning Back," with bassist Tony Markellis and organist Matt Donnelly underpinning Warren's best vocal performance, which slips gracefully into a John Hiatt-like, heartache-filled falsetto."
Greg Haymes, Nippertown 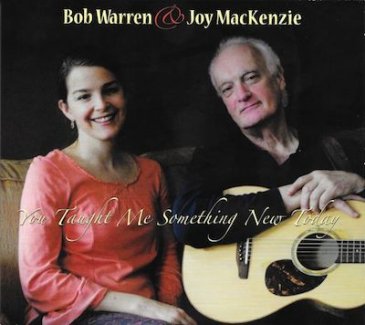 Full Review: You Taught Me Something New Today

"Along with bassist Tony Markellis, the two sing finely crafted songs that were composed by Warren, and brought to breathtakingly beautiful life by all three.

"It starts off with the formidable "Lonely Tonight," a deep and dark place where Warren sings, "I feel lonely tonight, not because I'm alone," the chemistry between the players is uncanny.

"The simply gorgeous, well-constructed "Home" follows, and you start to feel the depth of their vocal blend. With the haunting, dark "One Day," Joy takes the reins with stunning results; the insightful title track "You Taught Me Something New Today" is a highlight, as is the bluesy ode to changes "He Don't Live Here Anymore.""

"Although this is billed as a "bare bones" record, there's nothing missing or lacking here. The voices are heavenly, the blend out of this world, and the understated but well-played stringed instruments are just enough, and not a note too many, as it should be."
David Malachowski, The Times Union 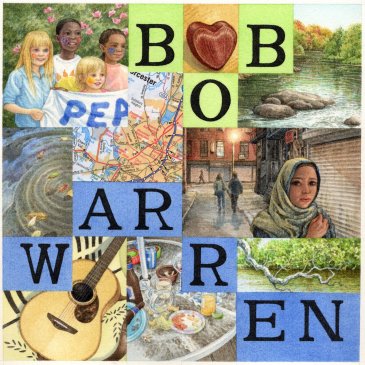 "North country singer-songwriter Bob Warren has been mighty busy during the past several years.

"In fact, he's been so busy that he didn't seem to have time to record an album of his own since 2002's "Clear Connection."

"Fortunately, "Bob Warren" corrects that oversight. As he explains in the liner notes, "Along the way, a bunch of other songs got written, my authorship being the only common denominator, and so, well ... here I go again! Here is a collection of songs that a sensible person would not put in the basket."

"And while it is a mighty diverse batch of songs, the variety only enhances Warren's stature as one of Nippertown's most astute and versatile songwriters.

"Co-produced by Warren and bassist Tony Markellis, the 11 songs were recorded at Edie Road Recording Studios and Hilltop Recording Studios in Greenwich with an array of musicians including Danny Whelchel, Don Warren, Paul Asbell, the late Richard Bell, Peg Delaney, Monica Wilson-Roach and others.

"Overall, the album's songs probably fit best in the folk-rock category, but Warren seems to draw inspiration from some of the best. "Better Than to Pray Like That" is a wry, gospel-influenced ditty that drips with Randy Newman-like insight. Warren Zevon's influence seeps into the harmonica-wheezing stomp of "Pitiful Man." And Lyle Lovett should consider covering the kiss-off, "He Don't Live Here Anymore."

"There's the bent-but-not-broken folk ballad, "Prove Me Wrong," looking back at the we-can-change-the-world idealism of the '60s. There are a couple of fine songs that pay homage to the joys of North Country living ("The Battenkill" and the jaunty, jazzy, Harry Nilsson-like "And to Live Right Here"). And then there's the horn-fueled jazz-blues of the album's closer, "Life, Love & the Pursuit of Happiness," that simply celebrates life. 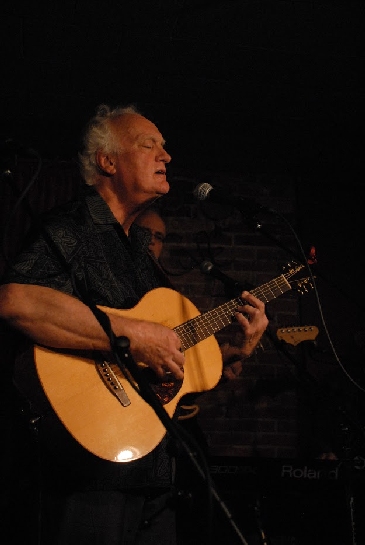 "Bob Warren is a musical child of the 60s. His brilliant self-penned songs and stellar performances are beyond great because of their simplicity of form. They evoke the melodies of The Beatles, the early Stones, Jefferson Airplane and a host of other bands of that era. But what makes Warren unique and not a clone of that time is his musical honesty. His truthfulness to the art form of song-writing goes beyond mimicry of any sort, he creates within a continuum of a style. It has the feel and texture of the past, but pulled up into the contemporary now. You walk away humming several of his songs after his concerts.

"Just think about it: Bob Warren lives in Greenwich, New York; few from out of the area know where that is. He privately teaches music to hopefuls that want to make it some way, some how; however, the world of contemporary music comes to him. For real!

"Country superstar Hal Ketchum, Jam-band God, Trey Anastasio (Phish), and many others have lent their talents to a Bob Warren recording or two. His handful of CDs are all filled with gargantuan talent from those in his band or those who guest on a song or two.

"And there is another thing, Bob Warren has a nose for sniffing out incredible female vocal talent. His newest find Joy MacKenzie is a songbird to be reckoned with. Their recent performance at WAMC's The Linda, broadcast live, blew the socks off those who were there, let alone the thousands in the radio listening audience.

"Last, but not least, I was scheduled as a photographer-reviewer to see and shoot Bob Warren and his band at the famed Caffé Lena's. Both shows were sold out, and I couldn't make it for health reasons. I've missed hugely popular groups (The Moody Blues, Carrie Underwood and Santana, among others, due to scheduling difficulties), but missing Bob Warren and his current group hit me as a loss. No joke — he and his compatriots on the band-stand are that good!"
Andrzej Pilarczyk, Nippertown