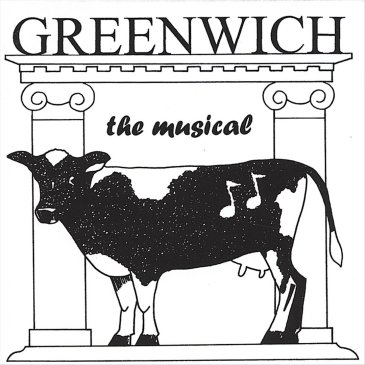 In May 0f 2004, more than eighty towns people sang and danced their hearts out for three sold out shows in Greenwich: The Musical ... the story of their small town in upstate New York. Humorous and touching, Greenwich:The Musical delighted audiences with its look at small town life.

With music and lyrics by Bob Warren, direction by Ted Shuster, choreography by Heidi Seegers, a script by a committee of Greenwichians, the talents of those on stage, those behind the scenes, and a kickin' pit band, this live recording captures the excitement and energy felt in the theatre.

The CD contains the twelve songs from the musical along with liner notes, credits, and lyrics.

For those who live in "Grenitch" England, "Grenitch" Connecticut, "Grenitch" Village, or any other municipality that mispronounces the double "E" and ignores the "W", this recording is a must. Full instructions for proper pronounciation are included.